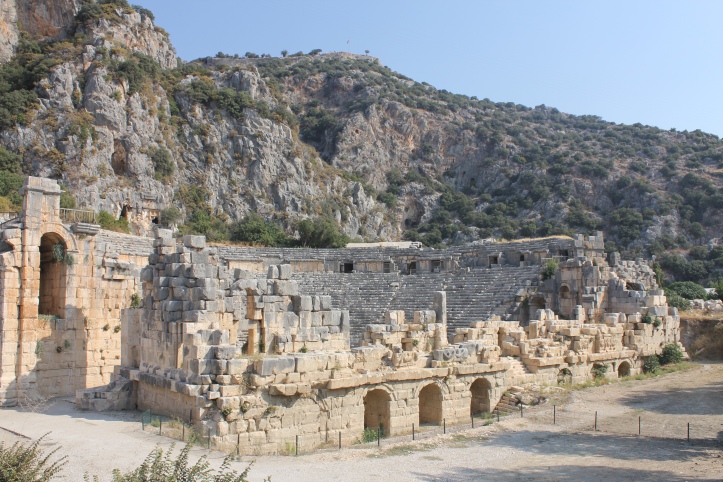 From Kekova Roads we took a bus 20 km down to Demre to see the Roman City of Myra. All the way we passed acres of green houses, empty at this time of year, but apparently the soil is so rich, intensive growing of fruit and vegetables is now the reason for,the towns wealth. They will start planting again in the Autumn and start harvesting early next year.

Two km from the centre of Demre is a well preserved Roman amphitheatre beside a striking rocky hill littered with Lycian tombs.

The tombs are said to be carved to resemble Lycian houses even with wooden beams and roofs. 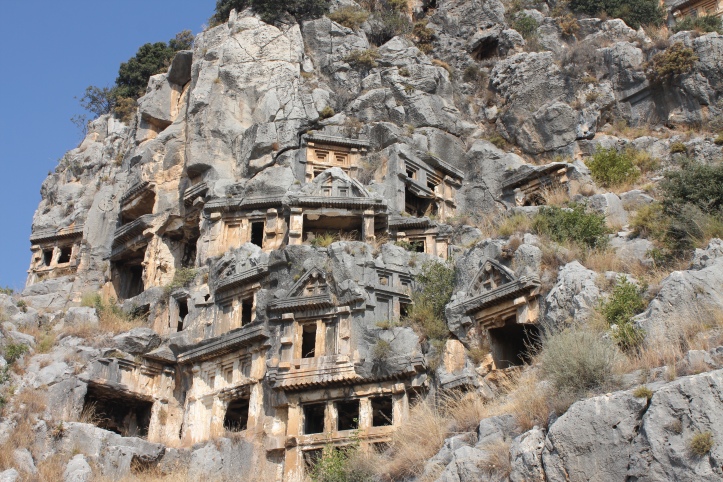 The Roman theatre may have been built about 6 BC and has lost its stage and other buildings through earthquakes. There are still 35 tiers of seating and hundreds of pieces of stone with carvings on. 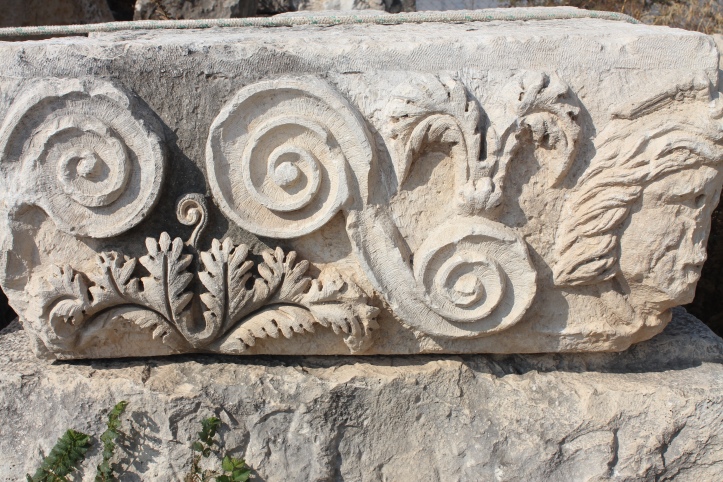 Back nearer the centre of town is the Church of St Nicholas first built in the 3rd century, restored and changed into a Byzantine basilica in 1043 and restored again in 1862 by the Tsar Nicholas I of Russia. It’s being restored again now so the outside is covered in scaffolding but it still has hoardes of visitors, many from Russia. Armed police guard the ticket office and guides lead parties of tourists around. Although it’s no longer consecrated, most visitors covered their hair and crossed themselves and some were moved to tears. 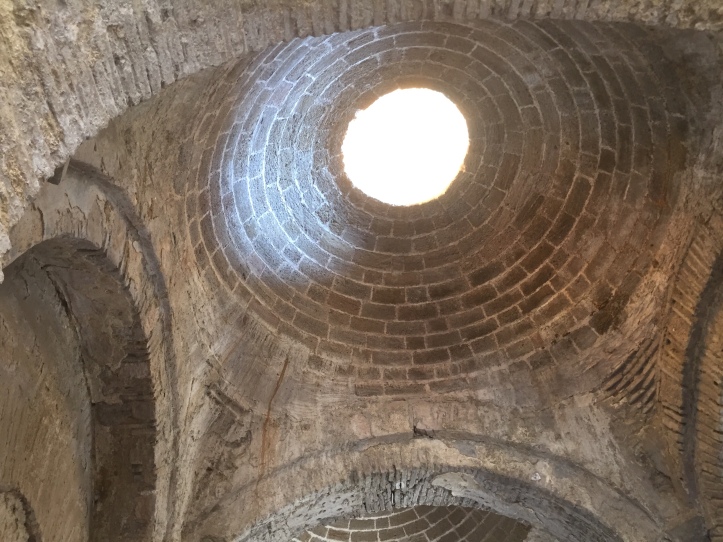 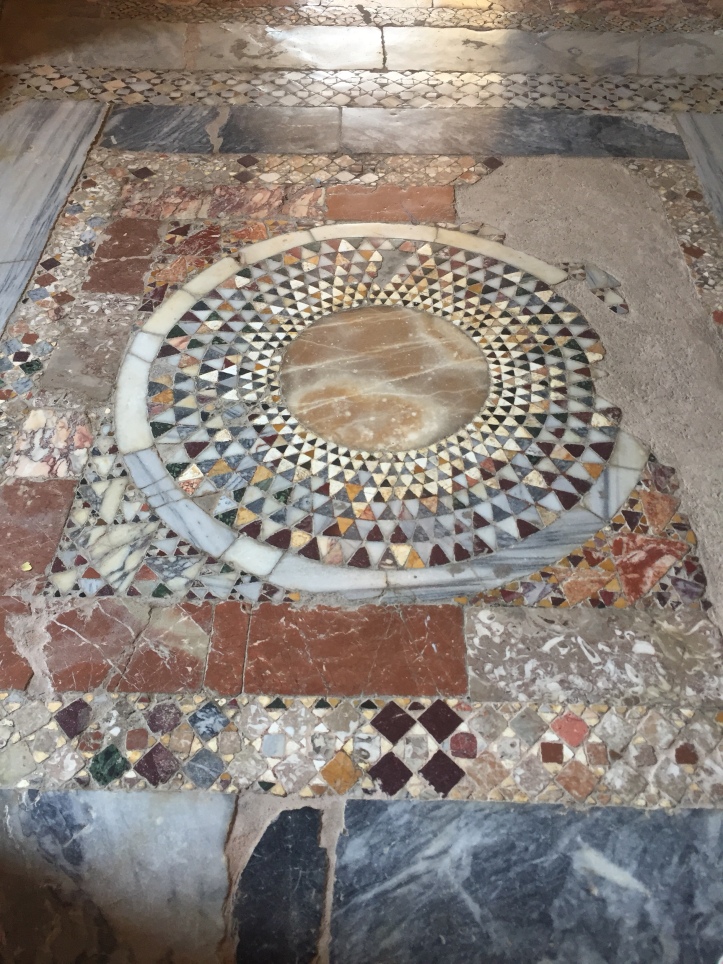 The legend of Santa Klaus or Noel Baba is said to have begun here. St Nicholas was the first Bishop in the 4th century and gave money anonymously to the girls in the village who had no dowry so that they could find a husband. He would drop gold down their chimneys which fell into their stockings which were drying by the fire. He went on to become the patron saint of virgins, children, pawn brokers (?), Holy Russia and, particularly useful to us, sailors!