We’ve been in Turkey a month now but I don’t seem to have had the time to write anything. Too busy enjoying this great place.

The family have been with us for the last couple of weeks. ‘We have to have a Turkish bath’ they said. ‘Can’t come to Turkey and not have a Turkish bath’. And we can’t go to the fancy new one in the hotel with lovely towels and smelly candles. We’ve got to go to the traditional (read shabby old) one down in the bazaar.

For the history buffs amongst you, the Hamam (meaning spreader of warmth) dates back to the Ottoman Empire and the one in Fethiye was built in the 16c at the same time as the mosque. It was a place for social gathering and the ritual cleansing related to the Muslim faith.

They usually have separate sections for men and women but we were allowed to go in together as we were a family. Andy, I hasten to add, had managed to dip out claiming his broken back wouldn’t stand the pummelling. Lame excuse if you ask me!

We were given a traditional woven cloth to wear and shown into the inner sanctum, the hararet, where there was a large marble slab and marble sinks with silver bowls to use to pour cold water over yourself when it got to hot. We all sat around looking at each other self-consciously and then we started sweating – a lot! After about 10 minutes the tellak or masseur came in. He didn’t speak English and pointed at Dan to lie down on the marble where he then started ex-foliating him all over with a rubbery glove thing. It’s supposed to be a horse hair flannel but I think this was the modern equivalent. He also massages you all over rather firmly to remove any knotted muscles (or possibly distinguishing features) 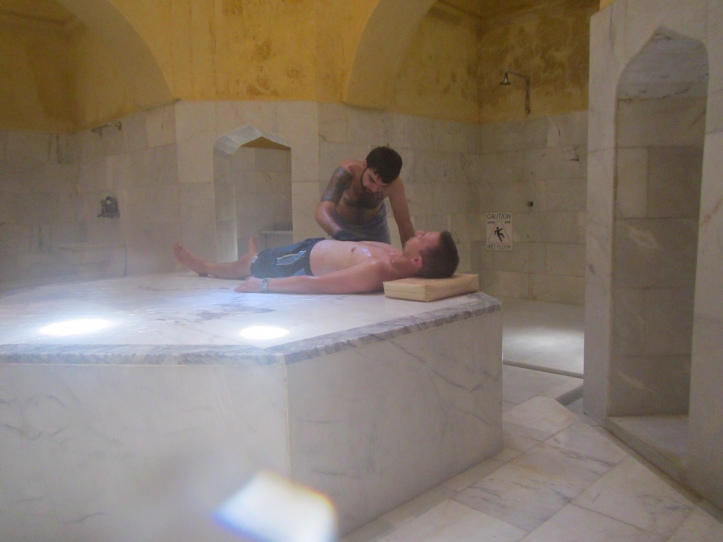 It all felt a bit awkward until the next tellak came in to do the soaping. He could speak English and explained what was happening. After most of your skin has been removed, you get soaped with a sort of silk, soap-filled pillow case which is lovely and finally you are sloshed with cold water. Invigorating!

I have to admit it’s been a long time since I was soaped by a 30 year old, tattooed Turk! 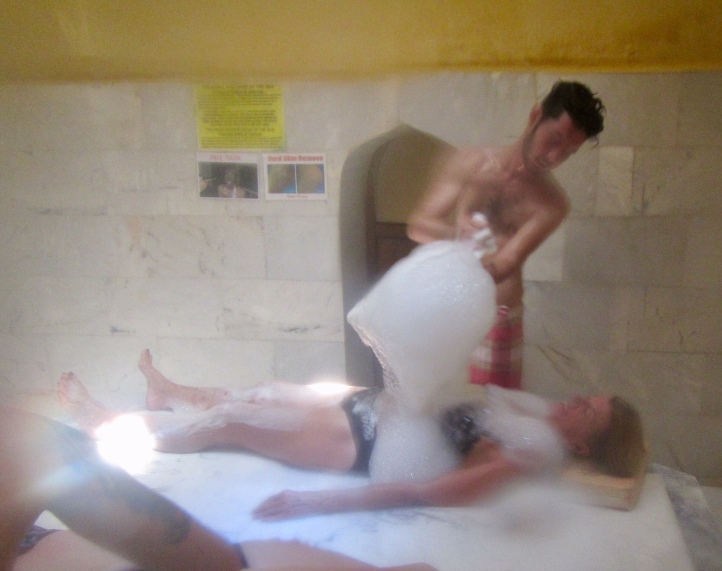 The guys there were actually both lovely and were particularly sweet to 7 year old Matilda. She got extra soap and was spun round on the marble slab at the end before being scooped up and chucked into cold water, giggling. 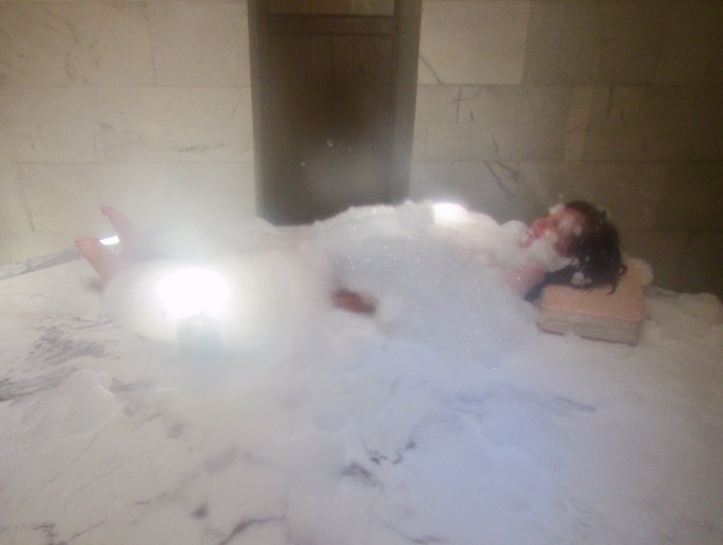 We all repaired to the outer area, wrapped in towels and given Turkish tea to relax, squeaky clean and rejuvenated. Highly recommended! 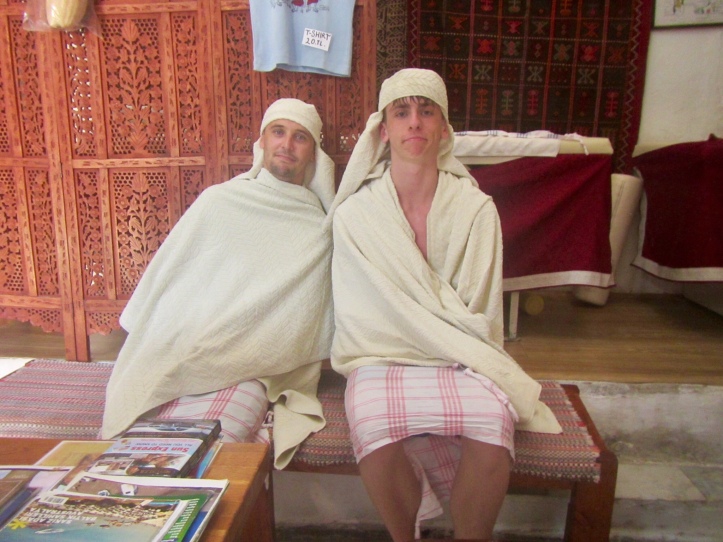