Off the Beaten Track

We’re heading down to the Dodecanese now which involves a few long days sailing if we don’t want to do an overnight. We left Skyros and sailed about 55 miles to Psara expecting to anchor overnight and head off early the next day.

The pilot book describes Psara as a ‘small, barren island’ with a few crumbling houses so we weren’t expecting much, but it used to be a thriving, prosperous town before the War of Independence and was one of the first towns to revolt against the Turks. In 1822 they blew up the Turkish Navy flagship killing the Admiral and 2000 men. Unfortunately, in retribution, the Turks attacked the town in 1824 and massacred the entire population.

When we arrived we found ourselves anchored next to a beautiful Neel 45 Trimaran called Scout. We’ve been ‘chatting’ on various forums with Aussies Natalie and Mike so were delighted to bump into them. We all ended up going on the town quay (for free) and having dinner in one of the tavernas and, if not exactly teeming with visitors, the little town is definitely livening up. Men were playing backgammon in one of the bars and there seem to be plenty of children and cats! Yiorgis, the taverna owner, said he had moved from Athens with his family to open up his restaurant and there was now a population of 300-600 depending on the season and an infant, primary and secondary school. His restaurant is called Aldebaran. Please go if you’re passing. 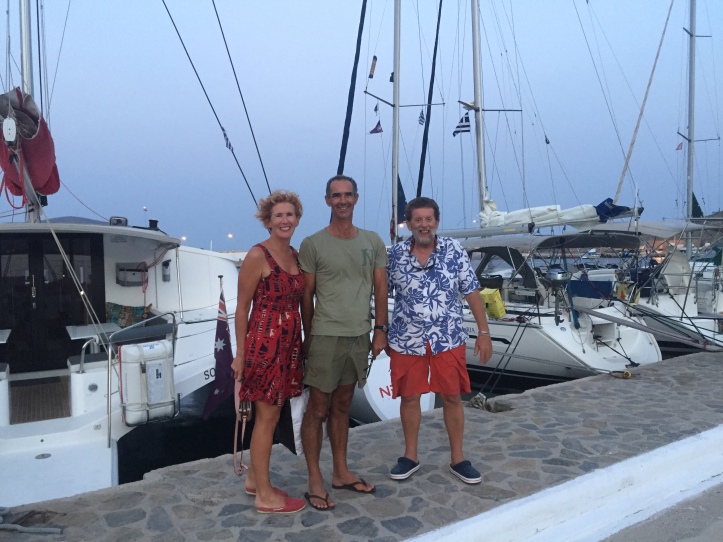 Our next stop was Limnia on Chios. The forecast was for meltemi winds for 3-4 days so we thought this would be a good place to hole up. A lot of money has been spent on the harbour in Limnia. A new concrete dock has been built with electricity and water plus a shower block but there are no other boats and no one seems to know about it. There are a couple of crumbling tavernas and no provisions at all. We walked up to the nearest town of Volissos about a mile and a half away to see if we could hire a car or bike but there was nothing there. We found out that the bus goes to Chios on Monday, Wednesday and Friday at 8 am and we had just missed it. However, the lady in the supermarket gave us tomatoes out of her garden and the man in the cafe gave us chocolate croissants to take home.

I wanted to buy a loaf and was sent off to the most amazing bakery I’ve ever seen in Greece. A tiny outside shed with a wood-fired oven and a wooden cupboard full of loaves. One type only and €1.80 each but still warm from the fire. I wanted to take a photo but thought it would be insulting so just took a sneaky one from the outside. 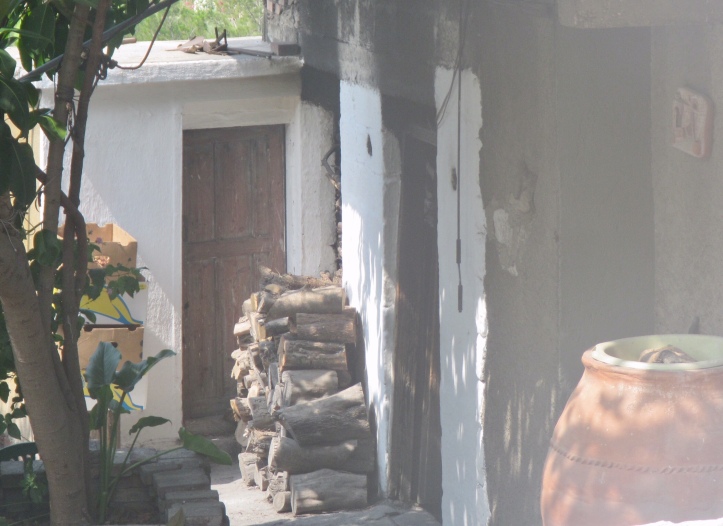 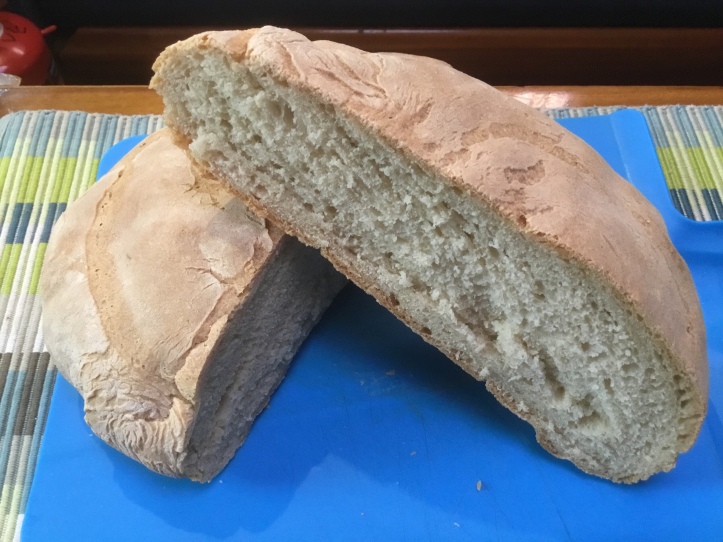