We’ve  reached Skiathos, the main island in the Sporades. It’s a pretty busy spot even this early in the season. Some days nine or ten flights arrive from the UK and Europe as it’s holiday destination for the Northern Europeans seeking some sun.   The charter boats have taken over the town quay but we managed to find a spot and spent a few days exploring. 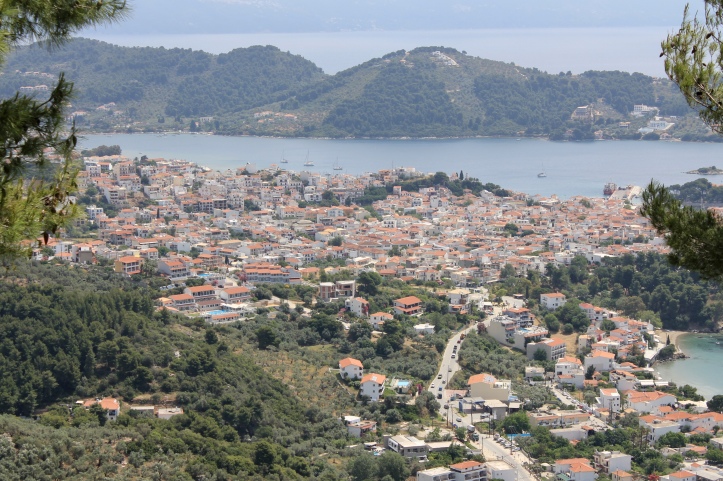 The remains of the Kastro, the fortress built on rocky headland on the north’s coast to repel pirates. You can anchor off the beach below and clamber up a steep track. 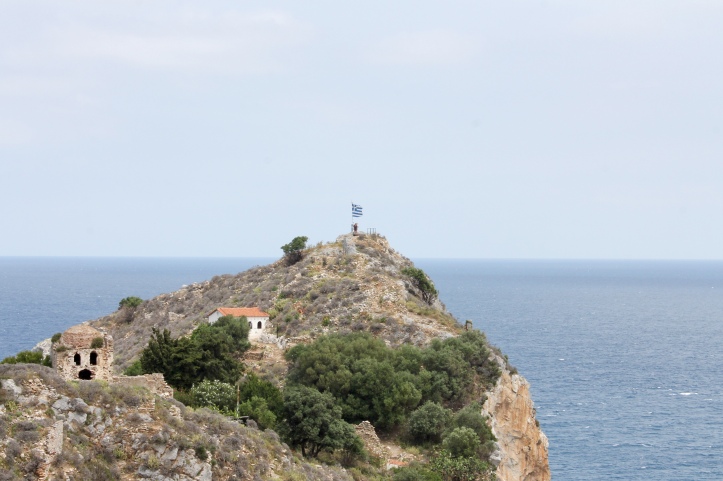 Inside the 17c Monastery of the Holy Virgin, the Panagias Kounistras. 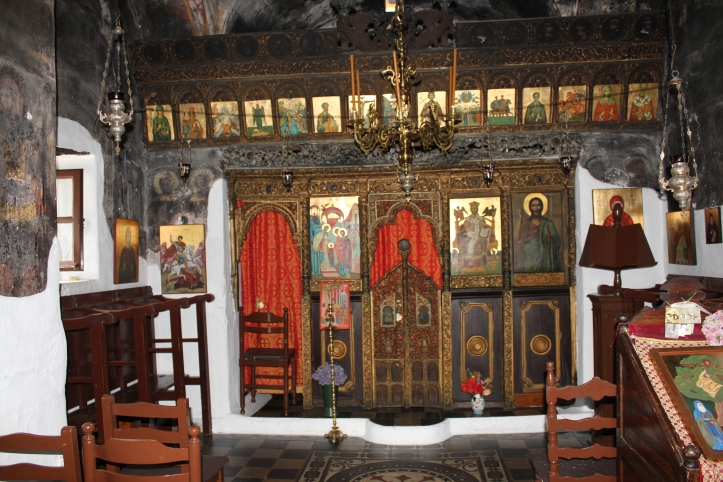 Entrance to the Monastery of the Annunciation, the Moni Evangelistrias. This was the hill-top refuge for freedom fighters during the War of Independence and the Greek flag was first raised here in 1807. The monks now make and sell wine and olive oil. 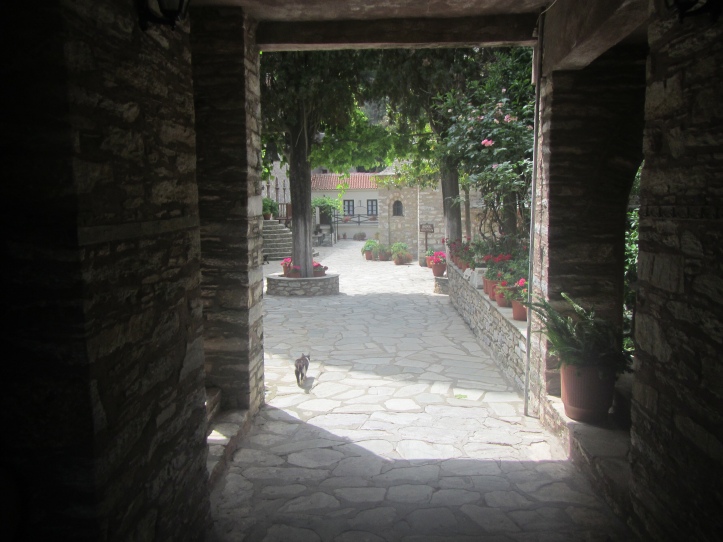 The tavernas on the front and in the old port sell pretty much standard Greek fare and there’s nothing wrong with that. A little meander up the back streets finds great little bars and some more interesting cafes as well as a great view. 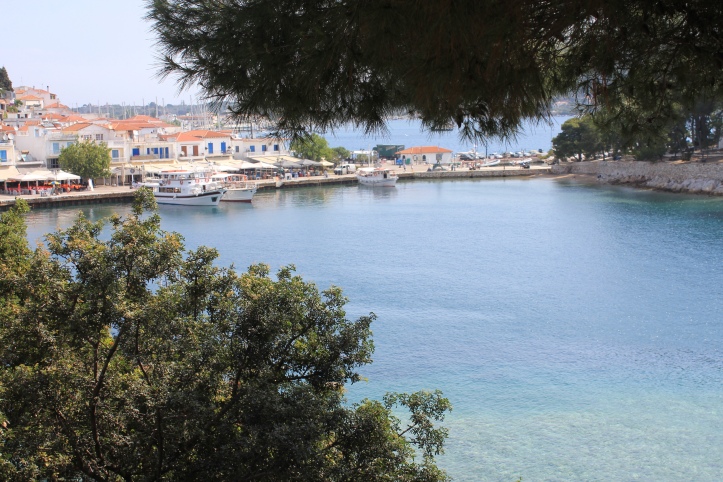 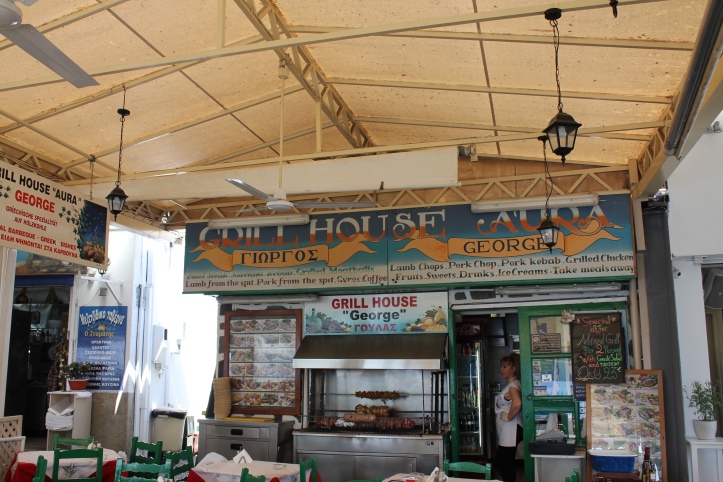 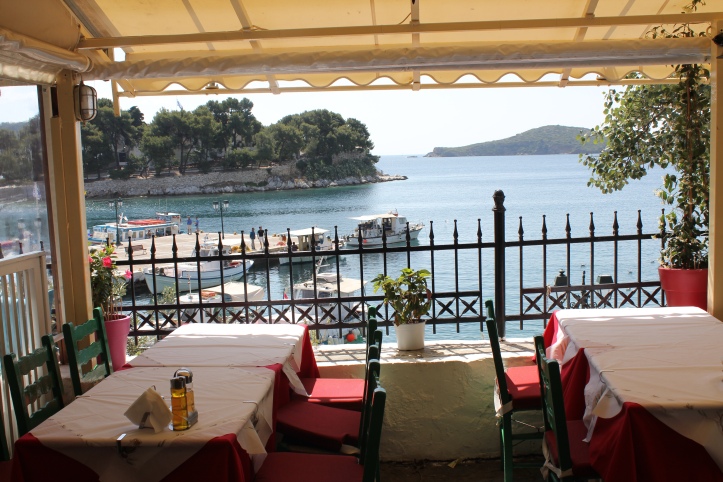