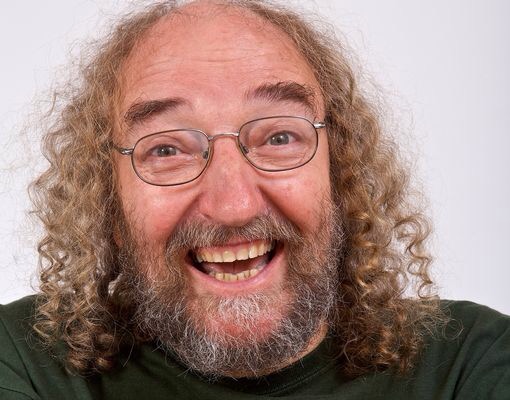 Yesterday I read the very sad news of the death of my friend, Vin Garbutt.  He’d been in hospital having cardiac surgery and had had some complications but was now out and back at home with Pat on his beloved cliff top in Teeside so we hoped he was on the mend.  Unfortunately it wasn’t to be.

I first saw Vin back in 1978 at Sidmouth Folk Festival. He was doing a whistle-playing workshop and a little lad asked him if he knew the Lone Ranger theme.  Vin started playing it slowly and then sped up until he was going at full tilt. The boy was thrilled.  I saw him in concert that night and came away a full-blown Garbutt fan. His songs were moving and thought-provoking, his guitar and whistle playing was amazing and his patter left me crying with laughter. All these years later there are still some words I can’t say without a Teeside accent!  I saw him from then on whenever he was near Bristol and later became one of the VG groupies/roadies that picked him up from the station (he didn’t drive), gave him an early dinner, went with him to his gig and took him home before  passing him on to another friend the next day.  I heard about Pat, about the birth of all the children and then how they were getting on at school, at work and saw the photos of their weddings and then their children.   He was so proud of them all.

We had very different views on life and disagreed on many things but it didn’t matter.  He respected other people’s opinions but kept his own and wasn’t afraid to write and sing about them even if it cost him some record sales or bookings.  He was thoughtful and kind and funny and loved by so many.

My life has been richer for knowing him and the world is just a little less bright for his leaving.

God bless, Vin.  And all the very best.